RSS feed for this section
This category contains 12 posts

Some young ladies marry for money and social standing, a few lucky ones marry for love – but Tiffany Warren is marrying to end a feud.

Honoring her mother’s promise, Tiffany reluctantly travels west to meet her estranged father and his enemy’s eldest son, rancher Hunter Callahan. Once the Warrens and the Callahans are united by marriage, both clans will stop squabbling over a disputed strip of land.

In the chaos of a train robbery Tiffany seizes a golden opportunity: By assuming the identity of her father’s new housekeeper she can live with the father she never knew and assess his true character, as well as that of the neighboring cowboy to whom she is betrothed.

But, too late, Tiffany discovers that the rivalry between the Warrens and the Callahans has escalated when the Callahans steal the Warrens’ housekeeper as soon as she steps off the train! Now, Tiffany, who is pretending to be Jennifer Fleming, finds herself living in the enemy camp, under the same roof as her fiance. All too soon she learns her intended is a handsome, sweet talking charmer whom she has to fight off because he can’t keep his eyes – or his hands – off Jennifer.

After Tiffany’s charade is exposed she refuses to marry Hunter to end the feud. As Hunter goes about claiming his rightful bride-to-be, he knows that although he loves two women – proper, elegant Tiffany as well as spunky, passionate Jennifer – he has only one heart to win. 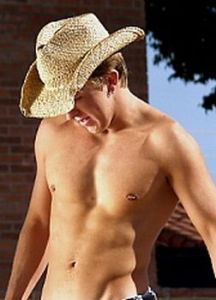 Amanda and Marian Laton are identical twins but they are as different as night and day. Amanda is beautiful but nasty, and Marian is nice but plain – purposely so to avoid provoking her spiteful twin’s jealousy. When their wealthy father suddenly dies, the two gently reared New England heiresses are sent to live with their aunt on a sprawling Texas ranch.

There the twins meet Chad Kinkaid, the cowboy son of a neighboring rancher. Marian is fascinated by Chad’s rugged good looks and his sheer masculinity, but she knows that like every other man she and her twin have met, he will pursue Amanda, not her. Chad is indeed beguiled by Amanda’s beauty, but soon he begins to see beyond Marian’s carefully constructed dowdy faÃ§ade. Unlike the tame gentlemen back East, after witnessing Marian’s taste for adventure, her sense of humor and bravery in the face of danger, Chad finds himself wanting her. But how can he, a man who’s just a cowboy without fancy airs or urbane charm, convince her she’s the only woman for him?

In a story that surprises and delights, Johanna Lindsey skillfully charts the intoxicating course of first love, and all of love’s attendant twists and turns, that ends with a spunky woman’s coming into her own and finding a man she can call her own. With powerful emotions and sensuality, incomparable humor, and great insight into the ways of the human heart, Lindsey delivers one of her most compelling novels, which readers won’t want to put down until the final page is turned. 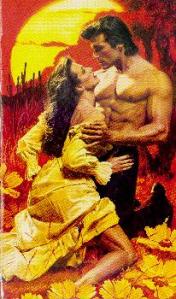 Headstrong Casey Straton inherited her mother‘s beautiful eyes and her father‘s stubborn temperament. So when she is denied the responsibility of running her grandfather‘s ranch despite her unladylike prowess at roping, riding and shooting the high–spirited hellion storms away from her Texas home, determined to prove she can do much more than “woman‘s work.”

Successful businessman Damian Rutledge III came West for vengeance. But though he possesses a powerful physique and unwavering courage, the handsome Eastern “dude” would have surely been lost in the wild west without the timely intervention of a half–pint bounty hunter called “Ed.” There is more to this fearless gunslinger than first meets the eye, however. And when Damian discovers his rescuer is, in fact, a stunningly sensuous young lady named “Casey‘ in disguise, he realises dial there are going to be very serious complications on the rocky trail that is leading them both toward a dangerous, irrepressible love.

Johanna Lindsey‘s enchanting romantic adventure All I Need Is You is the sequel to her immensely popular A Heart So Wild. Lovely and tempestuous Casey Straton the headstrong child of Chandos Straton and Courtney Harte leaves her Texas home determined to prove to her parents that she can do more than “woman‘s work.” Successful businessman Damien Rutledge III came west looking for vengeance. But though he is strong and fearless, the handsome Eastern “dude” would have surely been lost in the wild West were it not for the timely intervention of a half–pint bounty hunter called “Kid.” but when Damien discovers his rescuer is, in fact, a stunningly sensuous young lady named Casey in disguise, he realises that there are going to be very serious complications on the rocky trail that is leading them both toward a dangerous, irrepressible love.

Hoping to cool off a twenty-five year old feud between two neighbouring families, Cassie Stuart only succeeds in pouring kerosene on the flames. Both sides have warned her to get out of Texas pronto…or they will burn her father’s ranch to the ground. What Cassie needs is a peacemaker- but she ends up with a widow maker instead.

He is called Angel – a ruggedly handsome hired gun with eyes as black as sin. Unwanted and unwelcomed by his ungrateful employer, he would as soon leave Cassie to fend for herself. But a stubborn sense of duty – and desire to taste the sweetness of her kiss – steels Angel’s resolve to make Cassie want him, come hell or high water…and for more than his gun alone.

Jocelyn Fleming was a feisty, flame-haired aristocrat — newly widowed after a shockingly brief marriage to an elderly British lord. Wealthy and titled, yet aching with the pain of unexplored desire, her restless heart led her from polite London society to the perilous beauty of the untamed American West.

Colt Thunder was a rebel, a loner. Impossibly handsome, brutally unpredictable, the Cheyenne blood running through his veins burned hotter than the blistering Arizona sun.

In a bold and merciless land, their vastly different worlds collided — the wild desert stallion and the untouched English rose — igniting an unstoppable firestorm of frontier passion that threatened to consume them both! 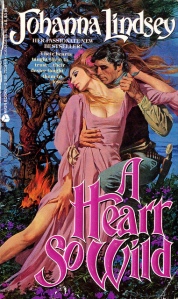 There, in a Texas newspaper, was a photograph of her beloved father…thought slain several years back in a savage Comanche massacre. The honey-haired beauty vowed to find him – but whom could she trust to accompany her through wild, dangerous Indian territory? His name was Chandos. Tall and dark, with eyes the most startling shade of blue, he was the best gunslinger around.

Courtney put her faith in him…little dreaming of the dark secret that burned in Chandos’s soul…little imagining the fires that would ignite under the hot summer sun, driving them together in an ecstatic frenzy that only passion understood…and love could tame.

Sharisse Hammond had no intention of giving herself to some rancher who had sent for a mail-order bride! she had gone West only to escape the New York society marriage her father was arranging. Lucas Holt’s intentions were also less than honest. But their plans to use each other were soon complicated by unspoken desire. He never expected her to be so stunningly beautiful. And she never expected to want any man so much.

While Lucas forced Sharisse to play in a dangerous game of revenge against the man who killed his father, she forced him to feel passions he could no longer control. Yet when her family asked her to return to New York, Lucas couldn’t find the words to ask her to stay. Only when their stubborn hearts felt the pain of loss and separation did they come to know how completely they loved each other. And despite the distance and time–and misunderstanding–between them, somehow they had to be together….

When she overheard him refuse to marry her, she swore to make him suffer any way she could. But Chase Summers wasn’t a man to be trifled with. Even though beautiful Jessie Blair could hold her own against any man in the territory – and was running the ranch by herself after land grabbers had murdered her father- Chase Summers drove her to a fury of frustration.
In her innocence, she did not understand how very much he desired her. Her beauty haunted him, her arrogance enraged him, she defied and tormented him . . .until his passion spilled over into violence. Yet nothing could soften her stubborn heart, it seemed, but to tame a man’s pride. And no woman tamed Chase Summers.
Yet when fortune called him halfway across the world, he realized how empty his world was without her. And the girl who had become a woman in his arms, knew at last in her heart where her destiny lay.

Wealth and breeding had prepared her to be a fine young lady, yet her softly lustrous allure could not conceal the headstrong spirit which no man had conquered. Let any man try, and he faced a hellcat’s fury. One man dared take Samantha Kingsley by force. With a passion had felt for no other woman, he awakened in Samantha a desire she had never known.

But this man, driven by injustice into the life of an outlaw, also wanted her father’s land. And if her father didn’t kill him. Samantha vowed to kill him herself. But she could not kill her heart. Though his arrogance enraged her, and his boldness frightened her, his life was hers . . . their destinies bound by a love not even fate could destroy.

She was the beautiful daughter of a dirt–poor Alabama farmer. But Angela Sherrington had a dream: to love dashing Bradford Maitland, the handsome heir to magnificent Golden Oaks.

In the satin boudoir of a Yankee bordello, Angela’s prayers are answered in the loving arms of the man she lived for. But scandal, cruelty and a shocking family secret threaten to tear apart two passionate hearts newly joined, imperilling a bold and forbidden romance too overpowering to deny.

A well-born Boston beauty, Corinne Barrows has traveled halfway around the world in search of Jared Burkett — a dashing rogue and a devil; a honey-tongued charmer who seduced and despoiled her. . .and then abandoned the impetuous lady after awakening a need that only he could satisfy.

She has found him on the lush and lovely island of Hawaii. And now Corinne will have the revenge she craves: the total ruin of the blackguard who brought shame and scandal into her life. But Jared still possesses the power to excite her as no man has ever done–even as his own reckless heart is taken captive in their blistering war of wits and will–igniting a fire that could consume them both unless they surrender to it with wild abandon in the heat of the tropic night.